This page is under construction

One of the more common causes for stranding is buoyancy disorder. These floating turtles are unable to submerge and so are easily captured or blown ashore. They are also commonly victims of trauma due to boat collision or fishing gear entanglement. Each of these confounding problems must be identified and corrected for successful rehabilitation.

The basic cause of the buoyancy is trapped intracoelmic gas, however, it can accumulate in a number of areas. The appropriate treatment will vary based on the location of the trapped air inside the turtle.

Monitoring the percentage of carapace exposed above the waterline and location of the buoyancy can aid diagnosis; it is also important to note if the air is moving or is always in the same location. Daily observation notes such as: 1/3 of carapace exposed, centrally can be used to help diagnosis. 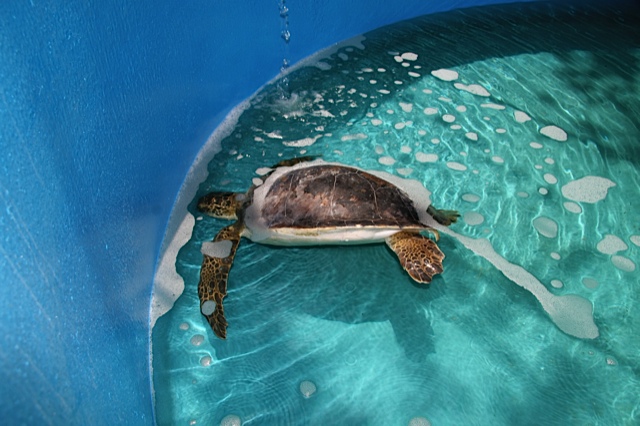 If imaging is not available, diagnostic/therapeutic coelomocenteis may be performed as both a therapeutic and diagnostic tool. If free air is encountered them continue to draw until negative pressure is encountered. Measure the volume and establish trends in the medical record. If aseptic technique is used for this procedure it can be safely done as needed to remove gas. For more information, see Sample Collection - Coelomocentesis

Corking is a term used to describe turtles that can pull themselves down with effort but at rest pop back up. Some turtles will wedge themselves under ledges to prevent corking. 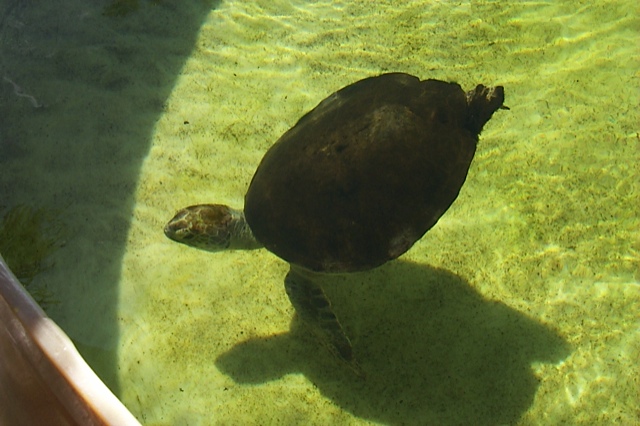 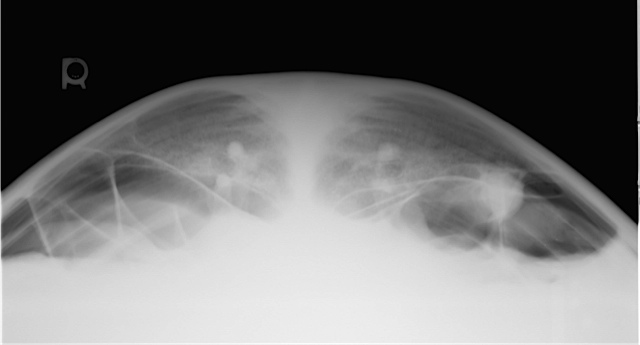 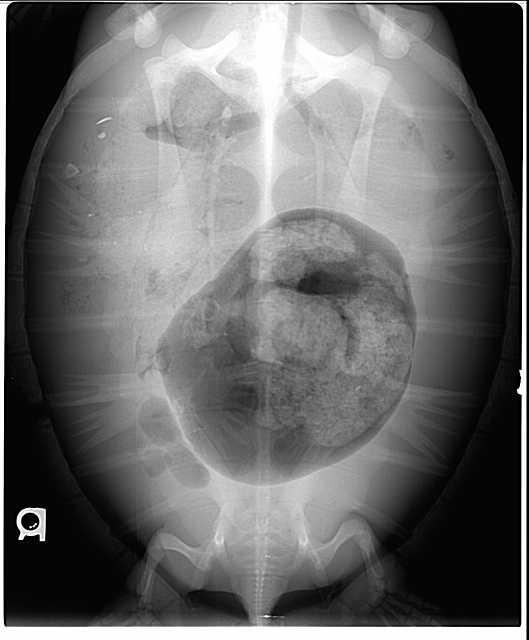 Pneumocoelom on left due to carapace fracture with ileus on right

Internal tumors, such as fibropapillomas, can cause lateralizing, nonshifting bouyancy issues as they will increase density on the side they occur in and result in compensatory hyperinflation on the opposite side.

Chronic buoyancy (> 4 weeks) will result in changes in conformation of the lungs as the saccular lungs expand. A chronic posterior buoyancy will caudally dilate the lung fields. Lateralizing buoyancy problems can result in hyperinflation and enlargement of one lung with hypoplasia of the other. Once these conformational changes occur the animal may remain positively buoyant even if the original cause has been corrected.

If the animal is to be held in captivity and the buoyancy problem has not resolved in 1 month then external weights should be applied to normalize flotation and prevent deformation of the lungs.

Lung conformation changes in a buoyant, unweighted turtle over the course of 2 months. 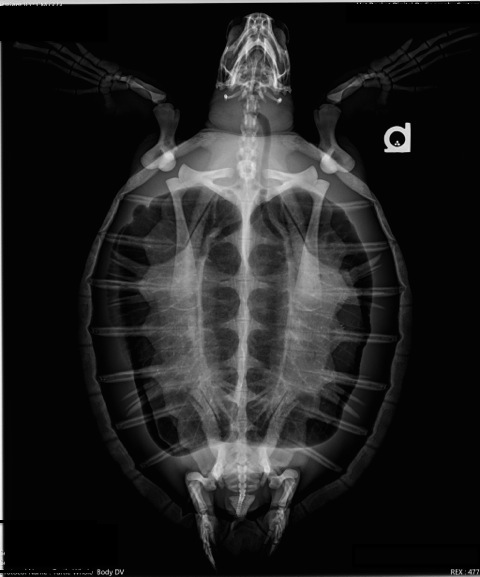 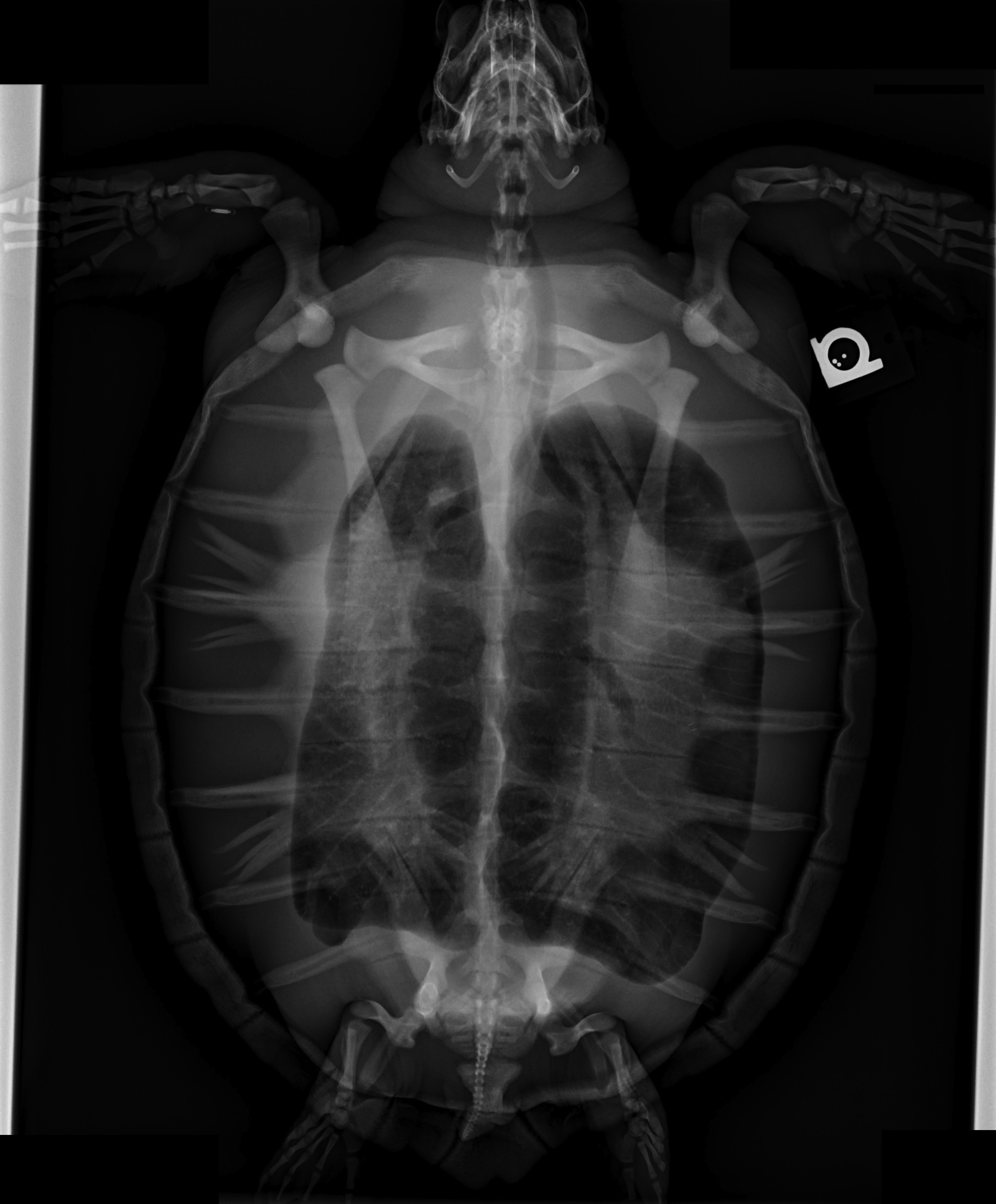 Buoyant turtles are not considered releasable as they will have difficulty foraging and are at high risk for watercraft collision. Releasing a turtle with external weights is not appropriate as the weights will ultimately fall off and if the cause for the buoyancy has not been identified and corrected it is likely to return.